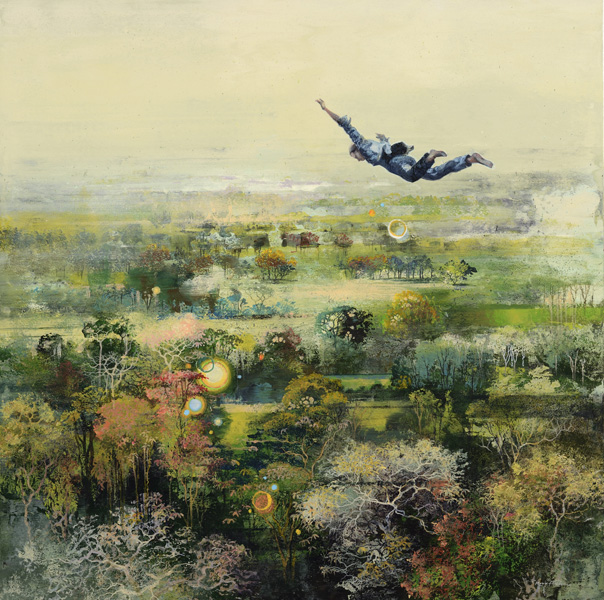 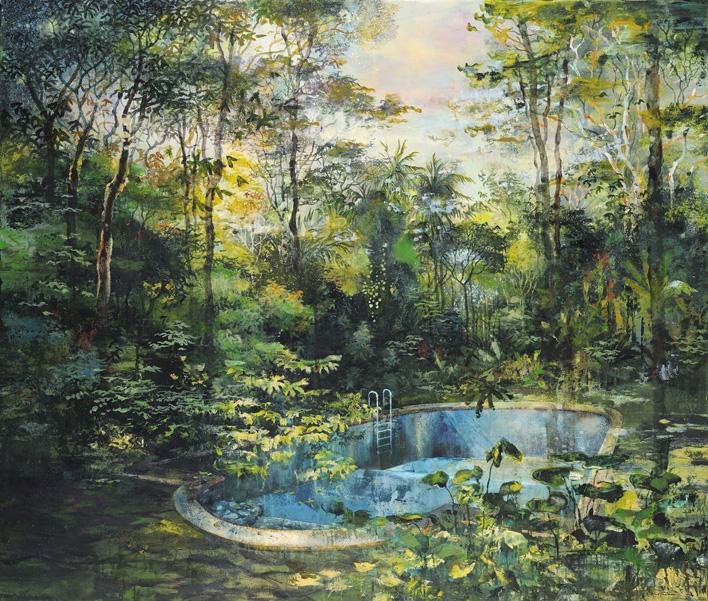 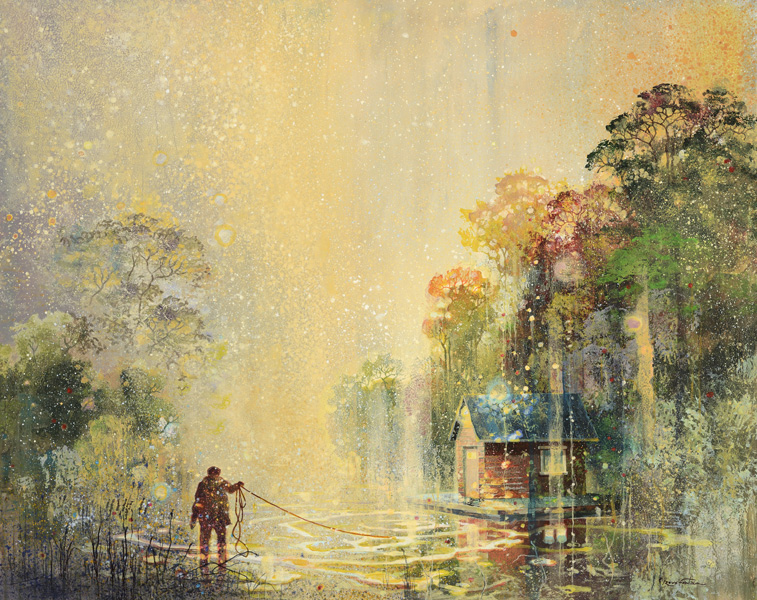 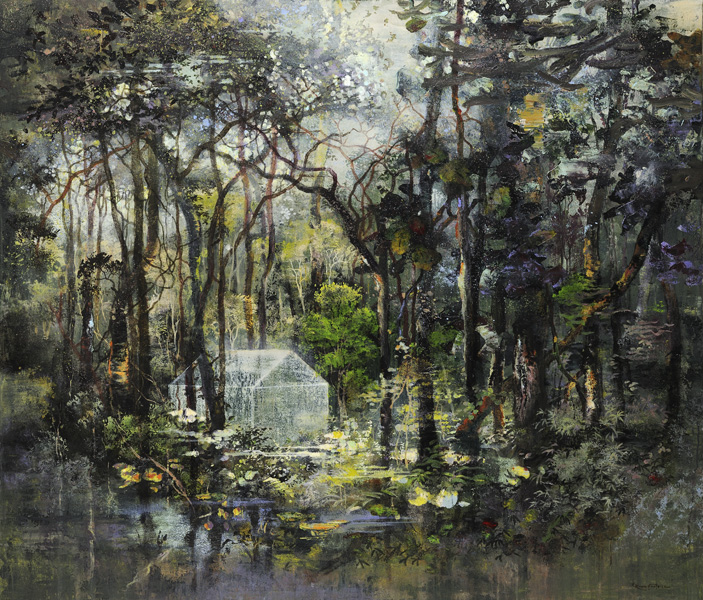 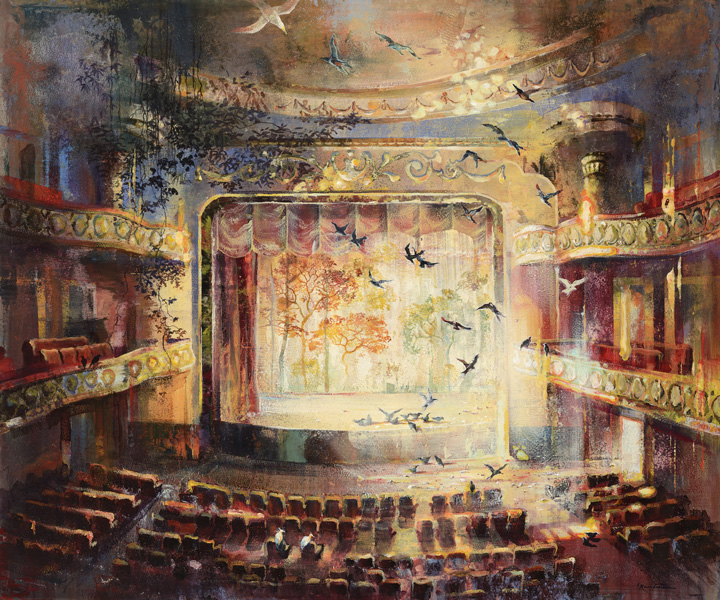 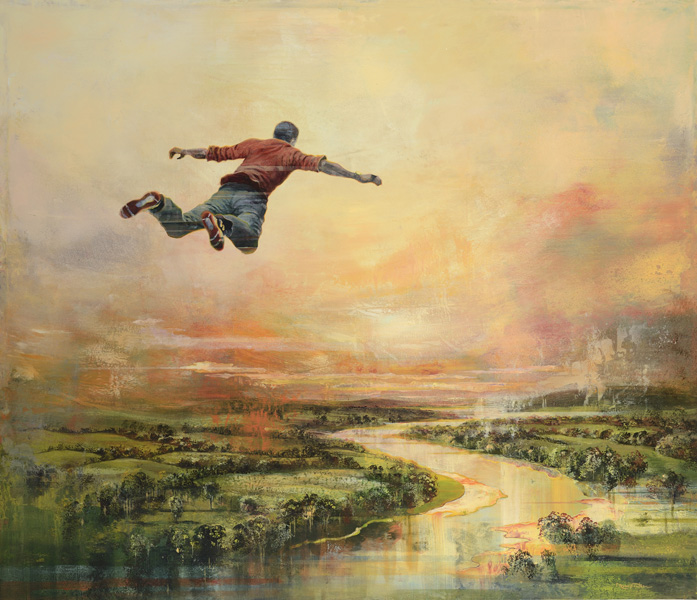 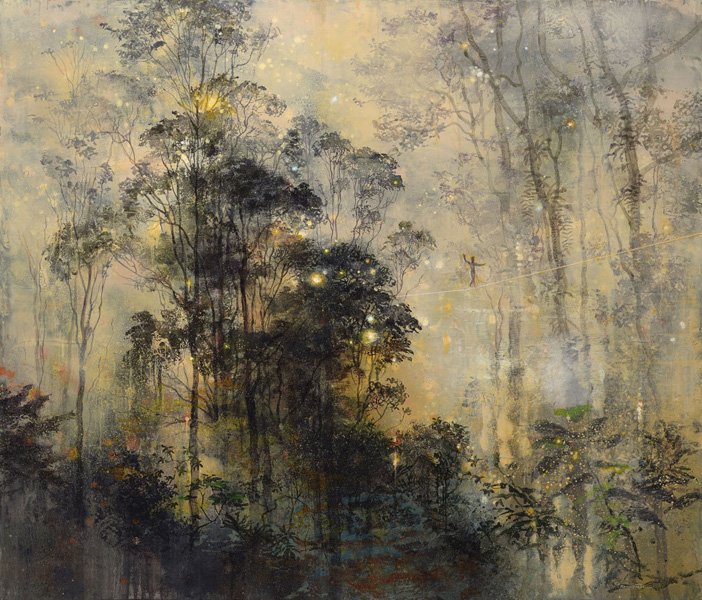 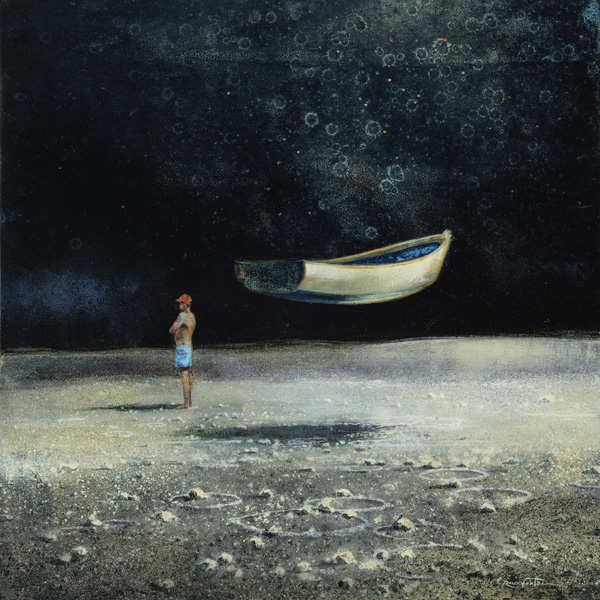 Can you outline your artistic process- physically and psychologically- from the start to finish of a painting? Do you have a clear idea before you begin? Do you begin with sketches?

… Complex question! … First of all, there is the initial impulse, which comes unexpectedly and often outside of my studio! Usually, not to forget it, I summarize it in a few sentences in a notebook or I scribble it quickly with a ballpoint pen on a post-it. Then, I give it a rest, and I look into other possibilities. In the workshop, I start to make a selection and I think a bit like a film director would. At no time am I trying to depict a place in a literal way, because I think we paint with our culture as much as with our nature! And the memory, or the feeling we keep of a place or a scene, is sometimes more interesting than the “raw” reality. People depicted in paintings are more like actors. They appear in a scene then, it is up to everyone to put together the movie! I think that we do not paint a man, but the interpretation of this man. One shouldn’t try to control the execution too much because mistakes often end up as new solutions that one couldn’t foresee in the beginning!

Can you elaborate on the title of your upcoming exhibition at Axelle, Jardins Secrets ?

Originally the garden was an enclosed space, just as the artist workshop is, where man tried to force nature to fit the human scale, such as in the giardino segreto (secret garden during the Renaissance). One can then say that the concept of a garden takes its roots in man – the herb garden, Zen garden, communal garden, garden of delights – each one is an attempt for mankind to define its relationship to the world and to nature.

Today, the scale is reversed; the world has become a garden itself, which can’t be enclosed by a wall (thankfully!). The man who once attempted to shape nature to his will for centuries, taming the plants by putting them in a cage, imposing his rhythm and moods, realizes that trees communicate, forests are moving, and some plants grow tired of their surroundings and disappear here only to reappear thousands of mile away…

With Jardins Secrets, I try to explore those new relationships where man finds himself, somehow, dealing with “his” nature. Each canvas can then be considered as a modest attempt to recapture the enchantment of the world. It is not about magic, but simply looking at it from another perspective – the gardener is somehow uprooted!

You have travelled extensively and many of these exotic locations are depicted in your work. Has one particular place or experience shaped your work more than others?

What is interesting are the traces left of all this. In fact, each country, each trip, each encounter forms some kind of strata in the memory. In fact, the skin and the brain come from the same embryonic tissue. On the outside, the skin keeps traces of all its experiences, and it is the same on the inside. I read somewhere, about memory, that each experience creates “a kind of scar whose sides close up to form a mouth which becomes progressively silent.” This notion can be read in a completely positive way, I often use this tiny silence as a possible starting point for a painting. I think that this kind of transfer works when the landscape outside comes to meet the inside – or mental- landscape.