“Greetings from Beirut” is a series of drawings commenting on political issues and daily life in Beirut. Every day,

we read hundreds of information about the state of the world and other social tendencies through newspaper, internet and social media. But seen from the window of Beirut, these events have a different perspective. Very often, we are ourselves confronted to these “News” in our daily life. From all these issues, I have produced drawings that I published on social networks as postcards from Beirut that I send to the world.

Between works on paper and work on canvas, this series consists of mixed media made on a support of newspapers and assembled fabrics. These recycled materials are agglomerated in a semi-rigid support with a texture similar to leather.

The fabrics come from old clothes, cloth, or furniture. They are our everyday objects, but also our second skin, an envelope that carries our culture and identity.

The newspapers are the noise of the world, the voices of politicians and influential people who are making the news. Newspapers are the most palpable traces of the media, an everyday object carrier of anecdotes that we read and hear. They carry the history that we must learn and know, the history they want us to remember.

Glued together, newspapers and fabrics constitute a membrane; “the membrane of the world”. On this membrane that is fragmented as this world that is consuming itself, I trace images. Gleaned in the press, these images come from the explosion of information projected by mass media every day and which become embedded in my memory as shrapnel. They are appropriated, “decontextualised” and reinterpreted to raise fundamental and human issues, beyond anecdotal evidence from which they were extracted initially.

This series of works accumulated over time is a reflection of the times in which we live. They are then installed in the space so that they render the sense of explosion that they raised initially in my mind. These works scattered in all directions recreate a particular atmosphere that intends to reflect bits of our contemporary history. They are a testimony of an era, the traces of a society seen through a personal perspective and personified through portraits of men and women of whom we will never know the name. 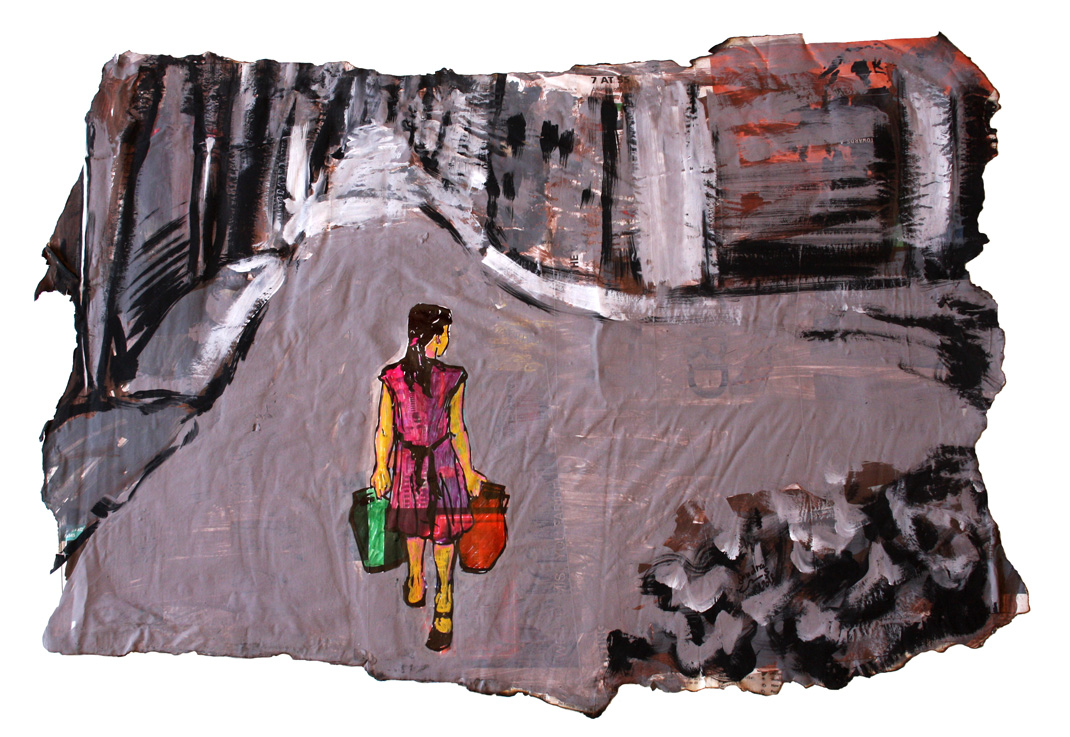 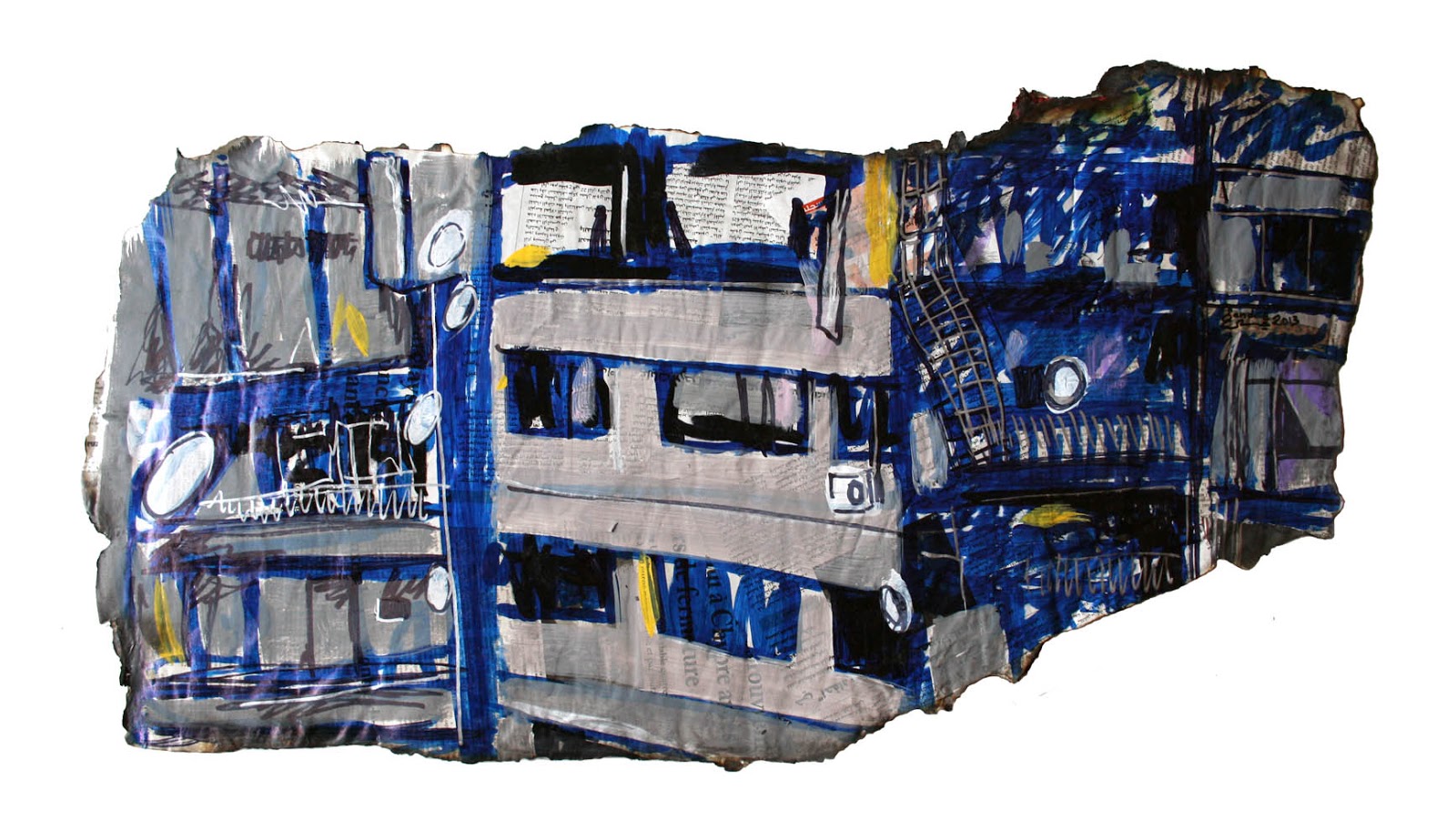 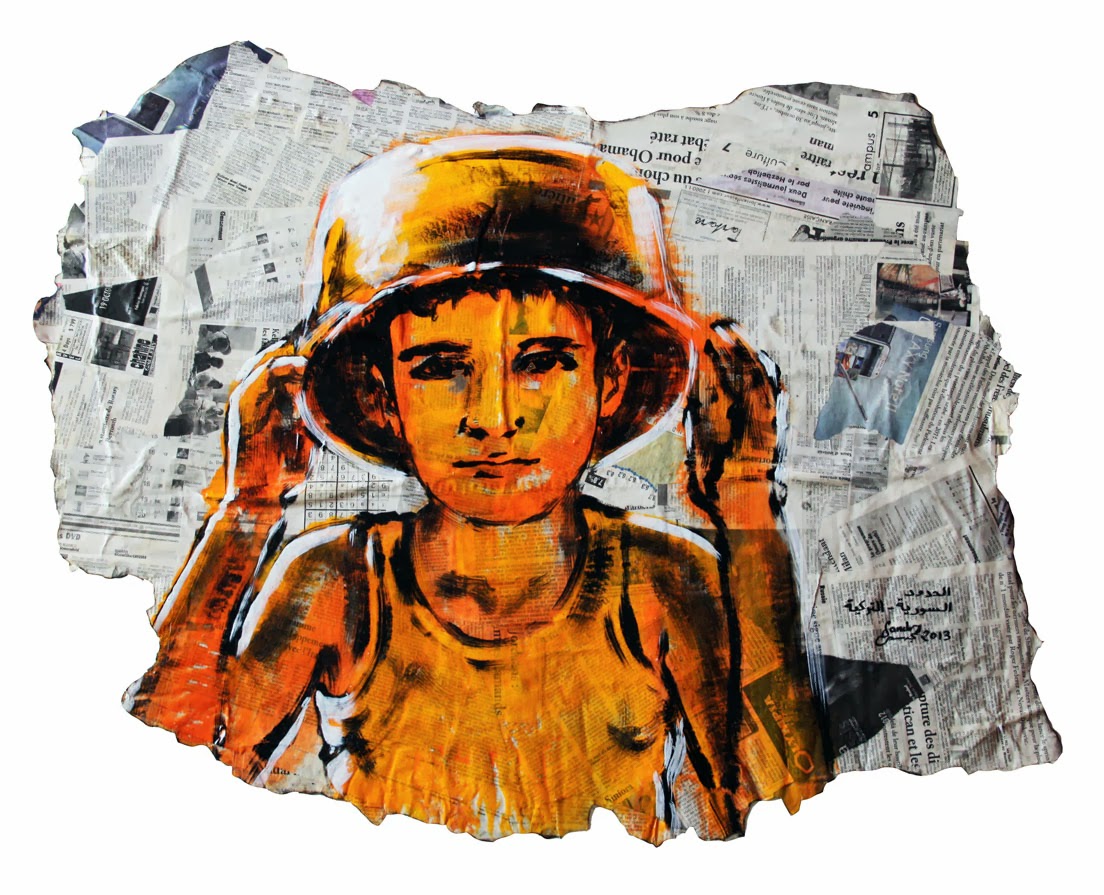 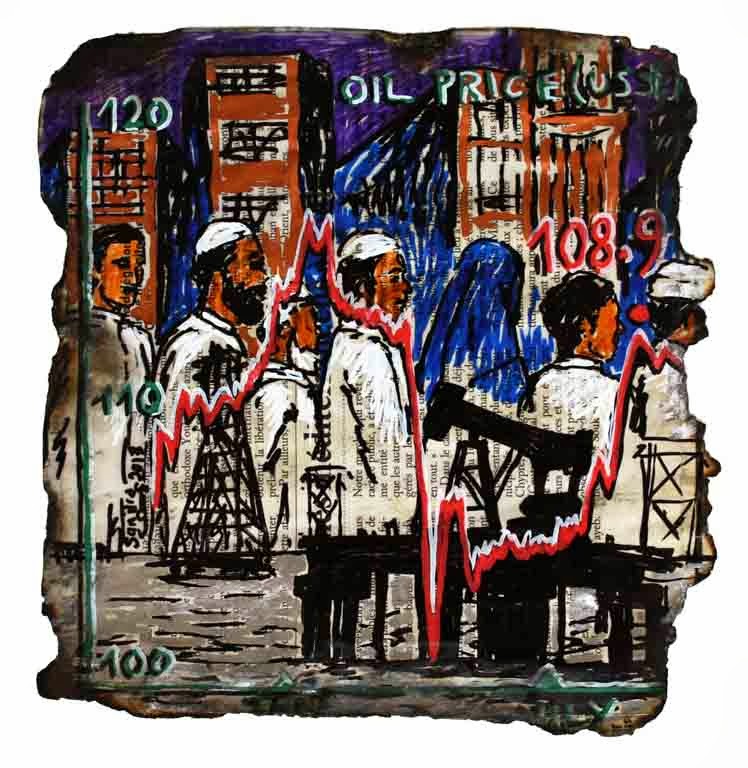 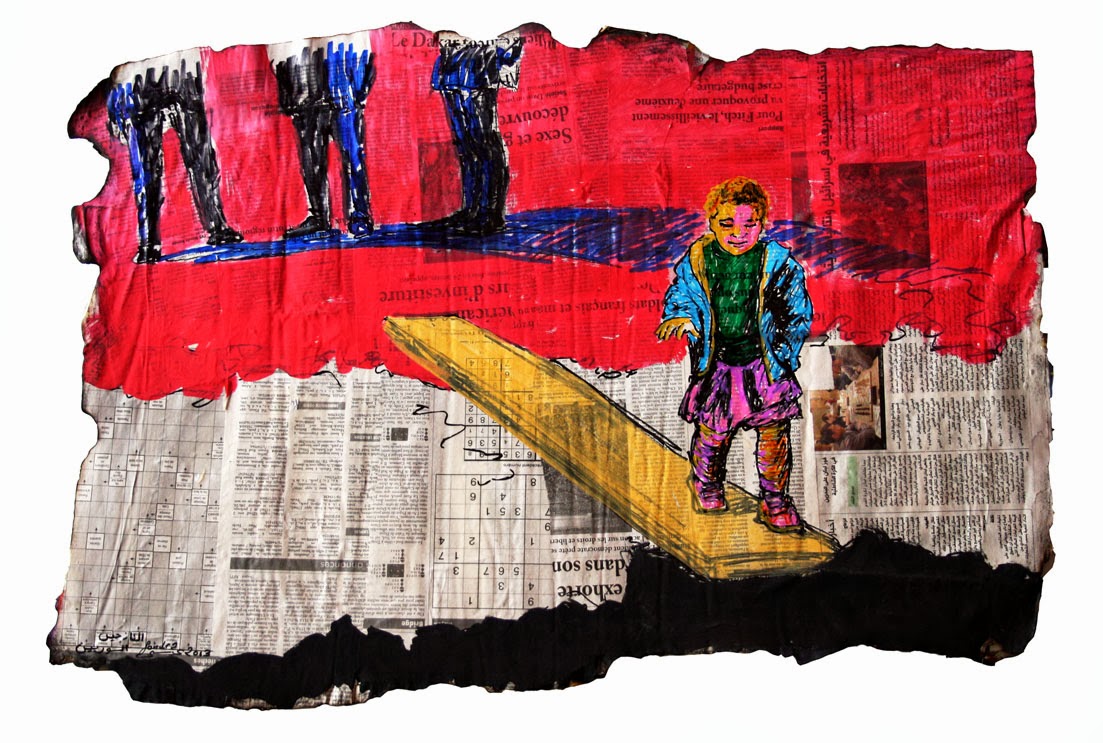 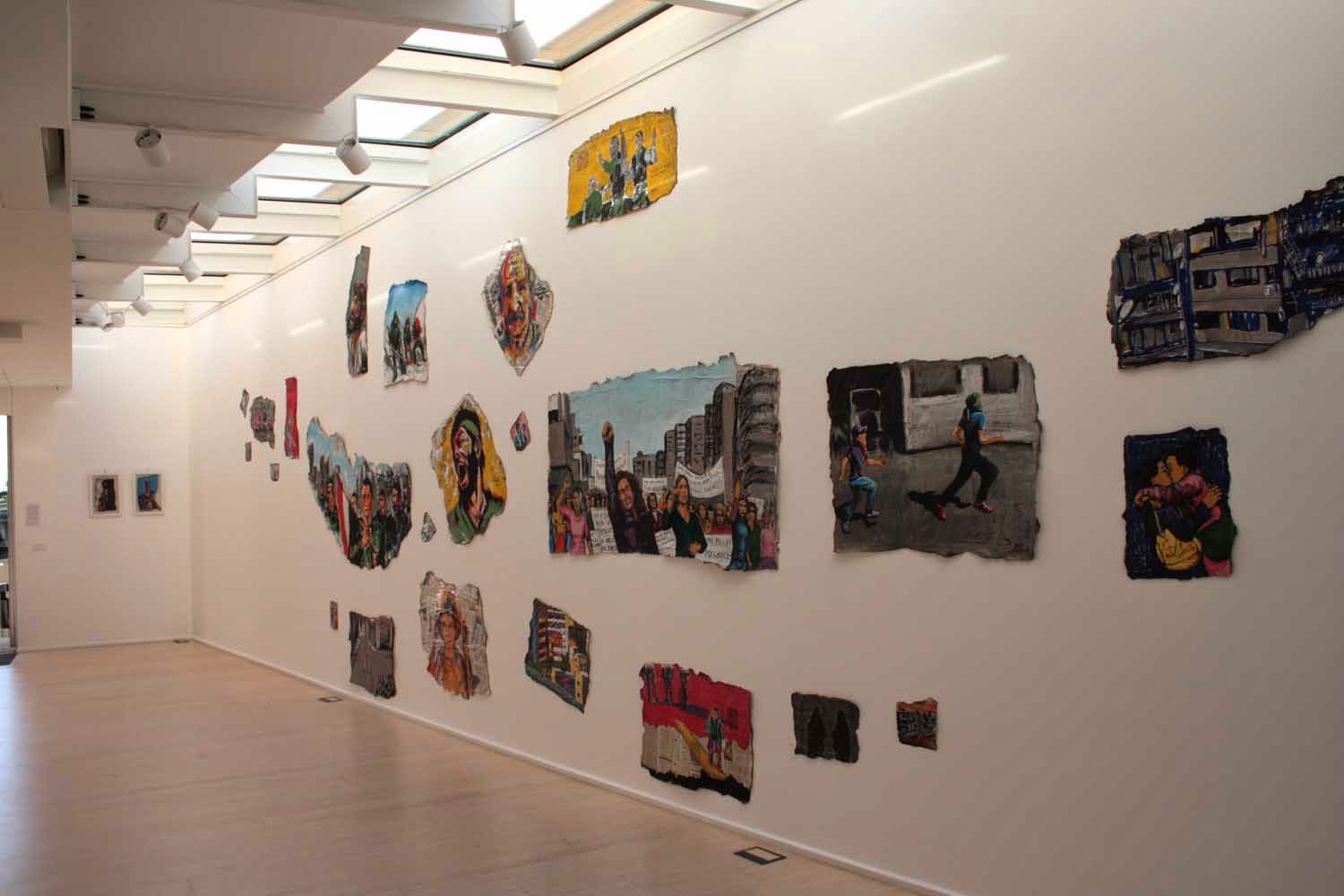