His focus is on the human face—close-ups on a monochrome background—taken from popular media such as magazines, film, and television. His mark-making reflects the horizontal linear structure found in images captured from television stills, or the geometric pixelated layouts within those that are sourced via the Internet. Born in 1964 in Porto Alegre, Brazil, Meyer studied at the Staatliche Akademie der Bildenden Künst in Karlsruhe, Germany where he currently lives and works. 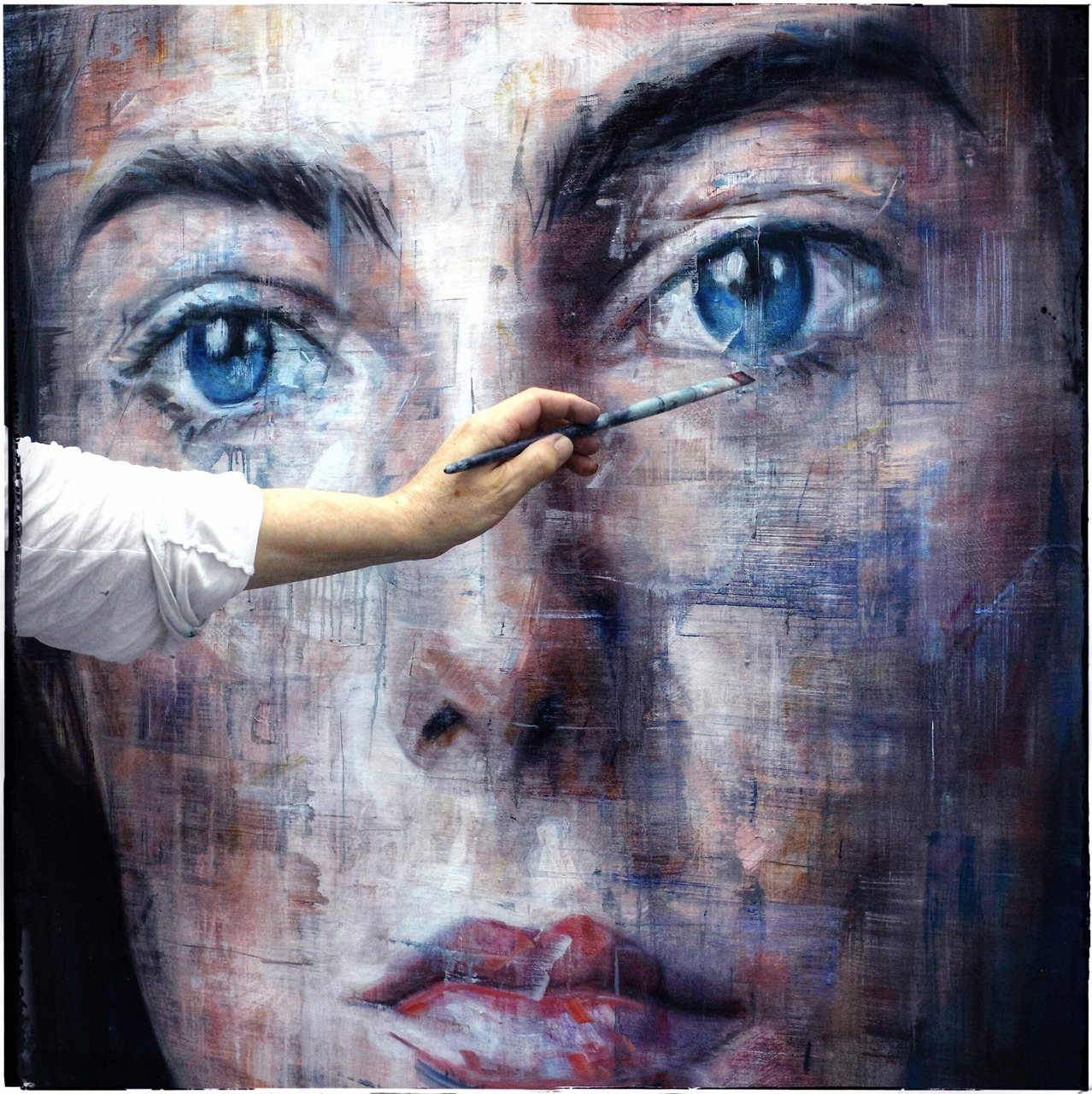 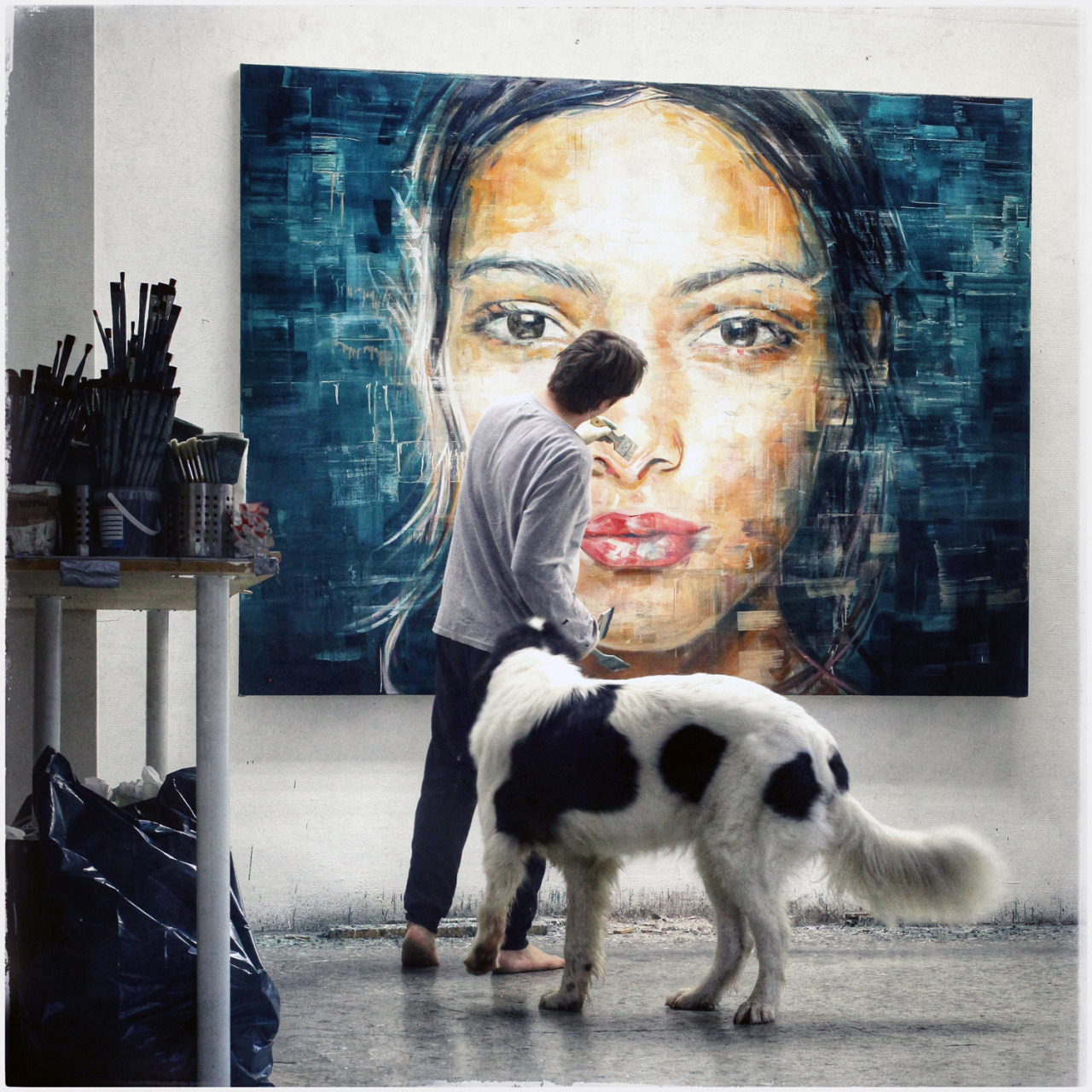 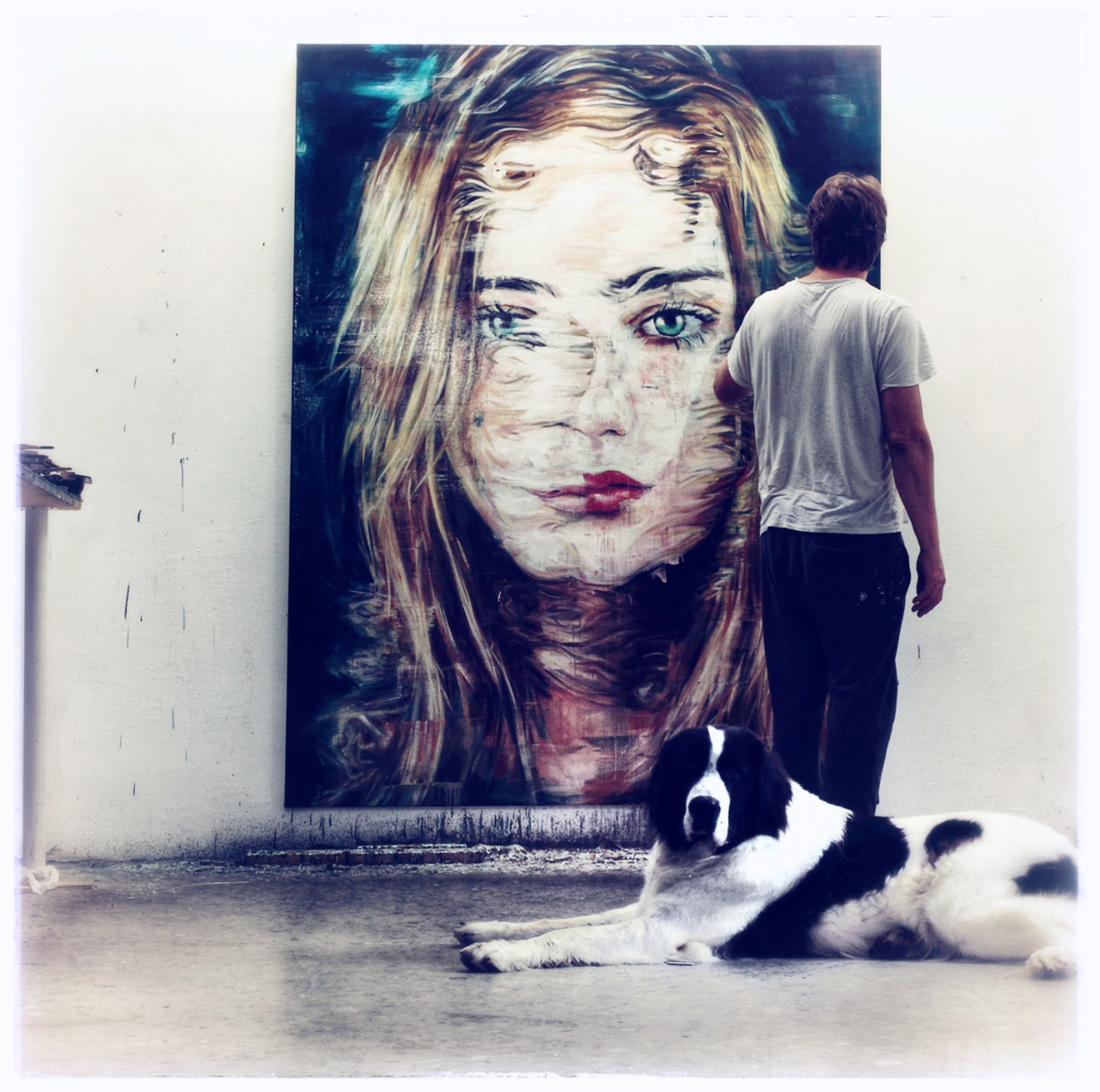 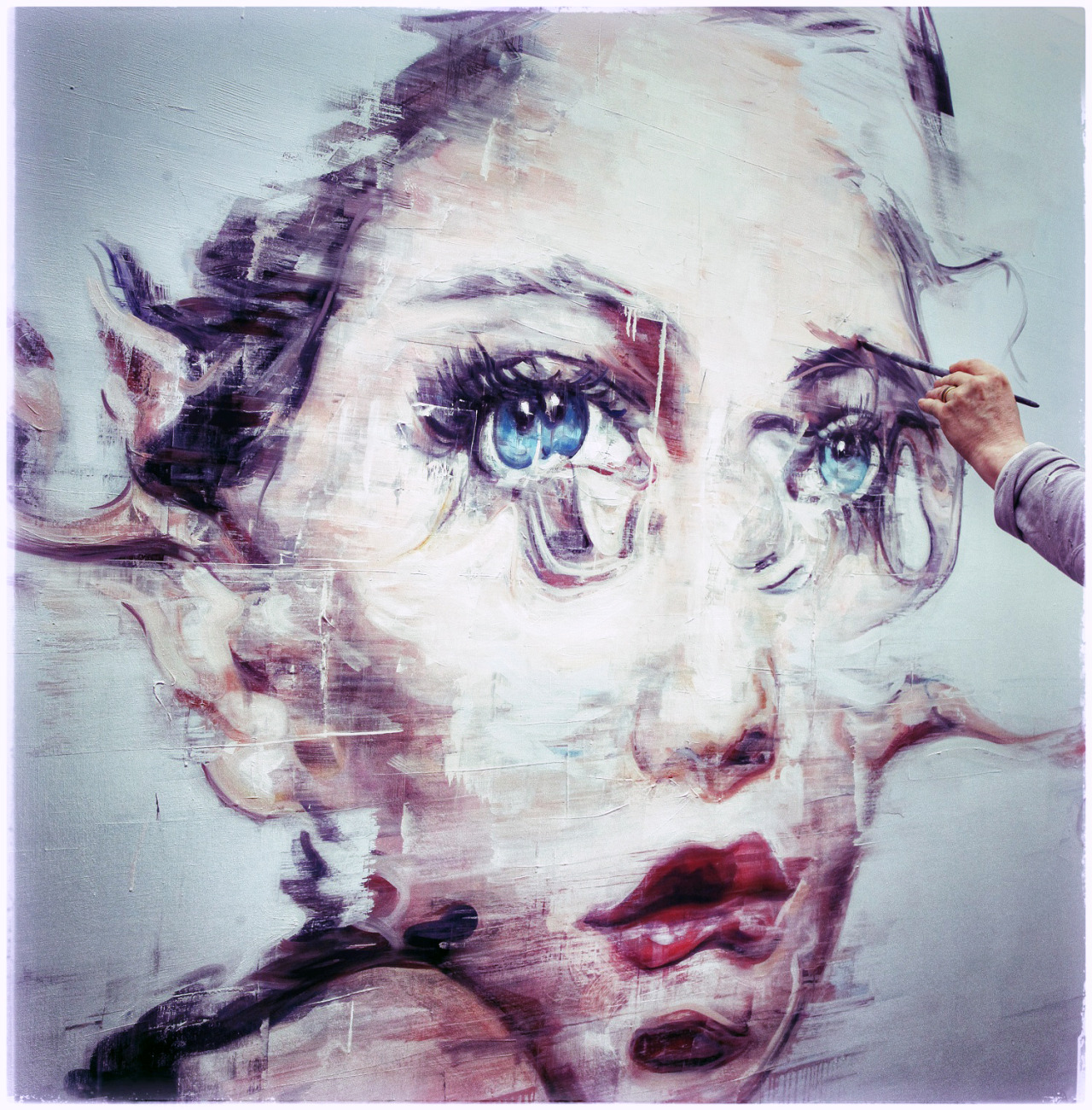 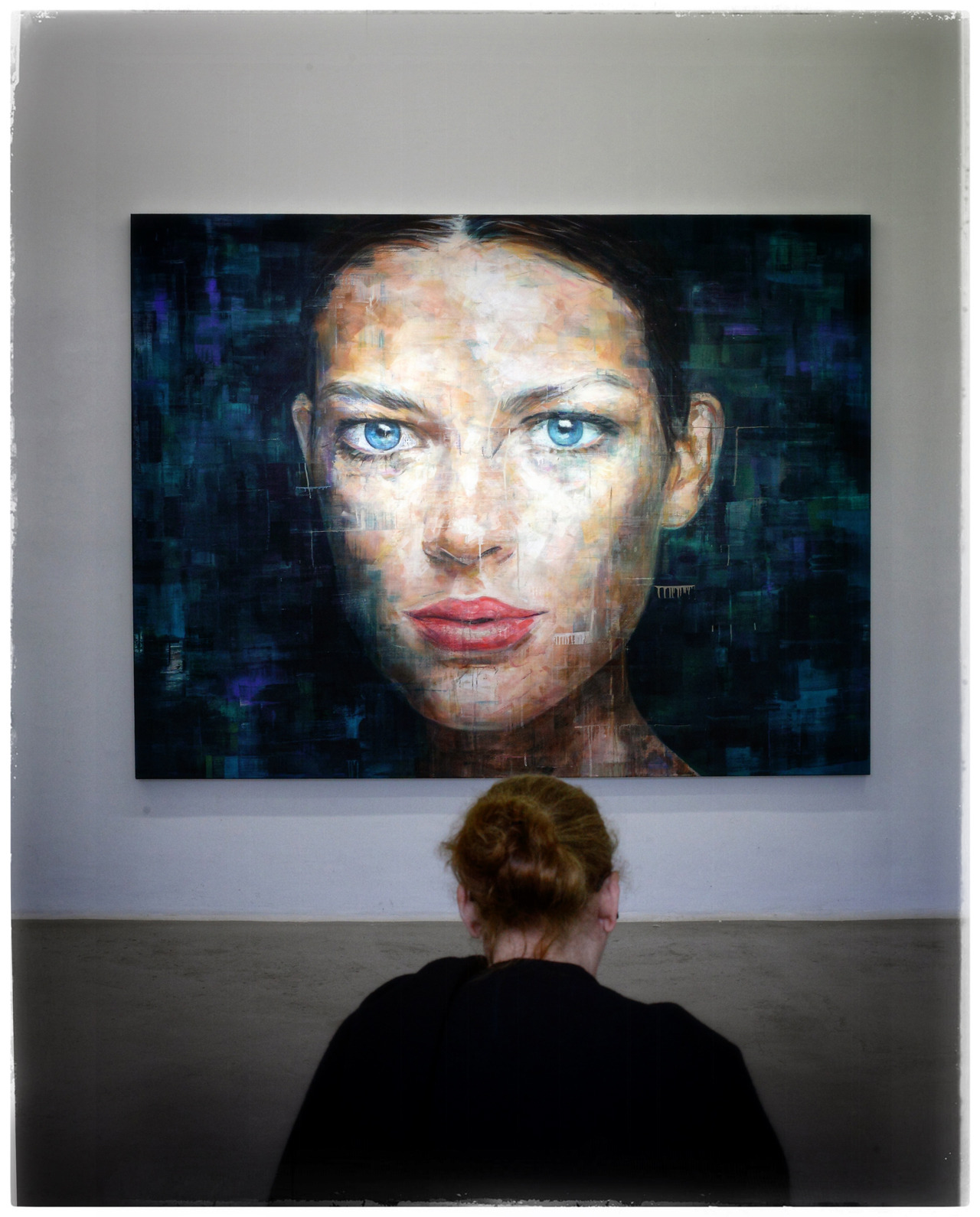 Harding Meyer (Brazilian, b.1964) is a painter best known for his large-scale portraits characterized by vibrant colors and geometric brush strokes. Born in Brazil and based in Berlin, Meyer studied at the Kunstakademie Karlsruhe under Max Kaminski and Helmut Dorner. Taking inspiration from TV and the Internet, Meyer creates faces entirely removed from any background or context, and distorts each image by stripping away the top coat of paint with a knife. Each portrait takes between three and six months to complete. He currently lives and works in Berlin and Karlsruhe.