Ilaria Morganti was born in Rome on October 10th, 1975. Since early childhood she showed an interest for art and vision representation methods.

“The field of investigation is the language of painting, called into question about the concept of illusionism. What is pursued is the conceptual process that works trigger in the mind of the spectators and not its value as a shape. It wants to give the result of thinking on the territory of knowledge concerining the nature of painting and what it shows. The aim of this meticulous painting is not to push to its extreme limits the representation, but to question it in its own assumptions. The whole play is on the canvas, the true protagonist of the visual and pictorial research that shows its peculiarities and characteristics. There only isn’t the two-dimensional plane of the support: painting wants to break or bring out, as appropriate, another reality that is the physical one of the object represented. In this way the painting looks up a visual correspondence with reality, not only through a consolidates tradition of Renaissance, but through a constant reminder to the world of tangible. So the pictorial tends to replace reality and tries to simulate the vision of reality into an optical level as perceived by physical senses, not merely restricted to the size of the canvas, but going beyond.” 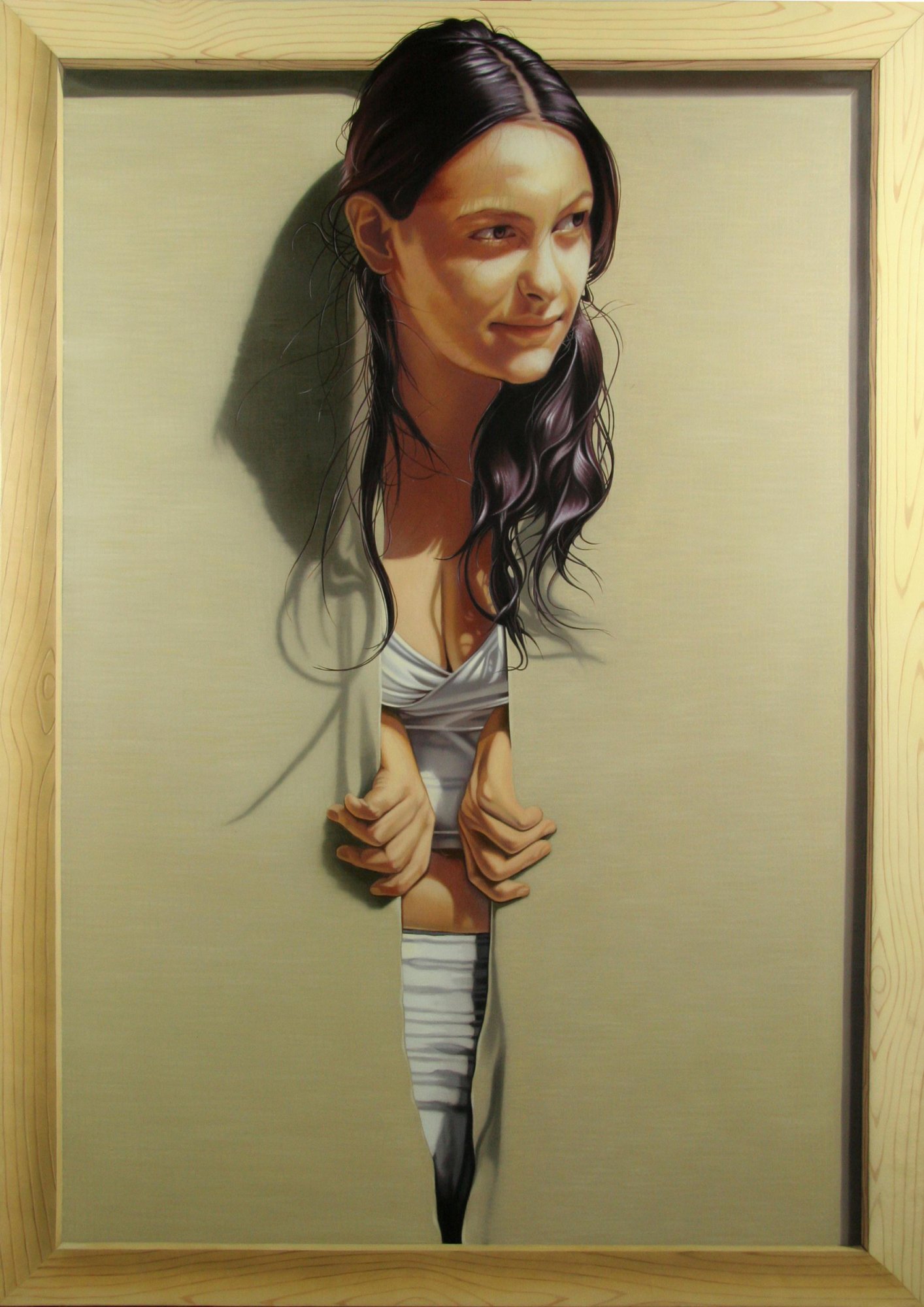