His father worked for an American company, therefore in 1950 he was sent to jail for 5 years. He was freed only few days before the 1956 revolution. In 1956 the family left Hungary, first going to Austria, later to Germany and in 1958 to France.[1][2] Sándorfi started to draw, when he was 8, and when he was 12, he started to use oil paints. He got his diploma at École nationale supérieure des Beaux-Arts in Paris and he studied also at École nationale supérieure des arts décoratifs.

He died after a quick illness on 26 December 2007, and was buried in Budapest 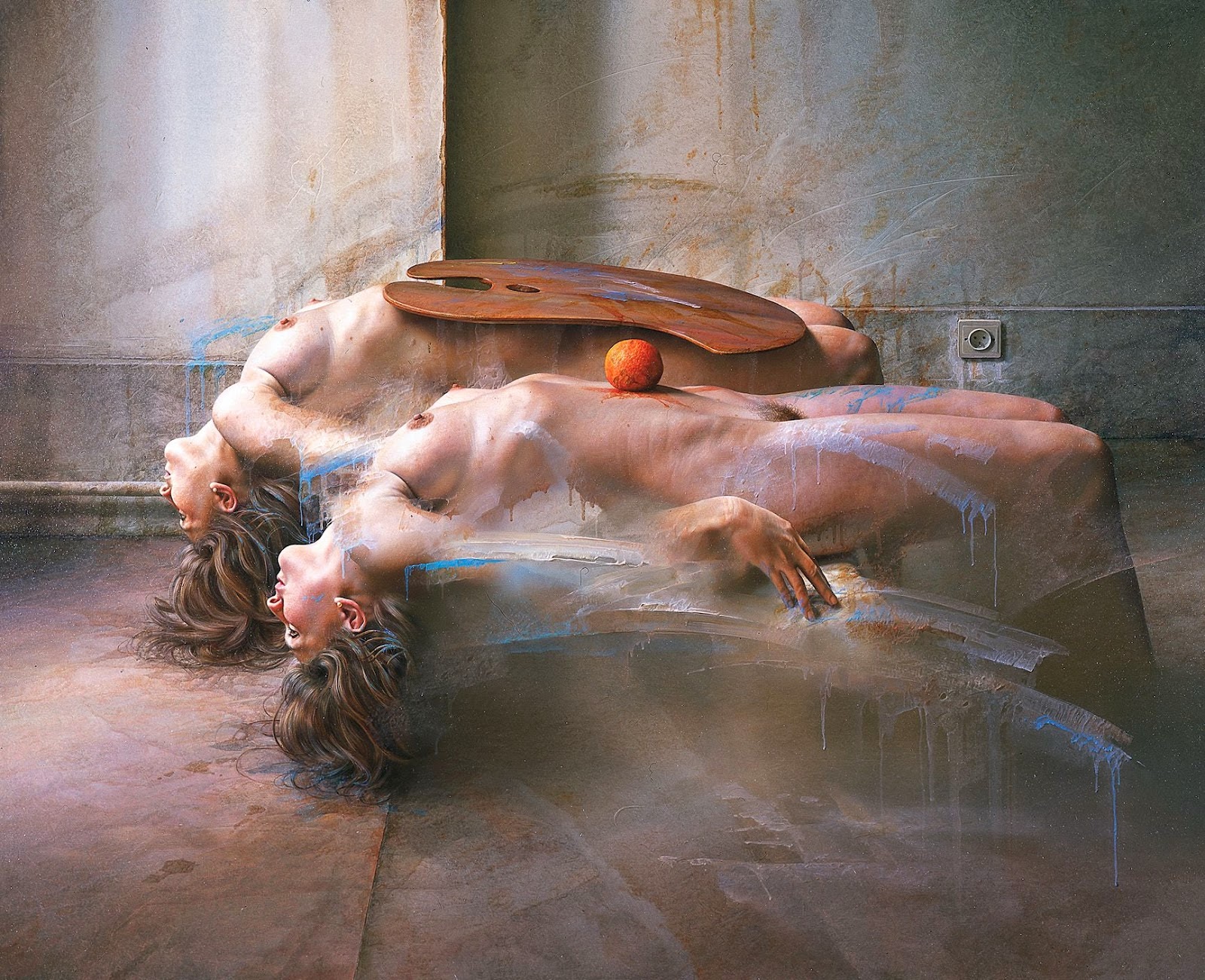 Istvan Sandorfi (known as Etienne) Sandorfi was born in Budapest in 1948 and died in 2007. Istvan Sandorfi father was director of the American company, IBM, in Hungary. Because of this association he served five years in Stalinist prisons during the Communist regime and his family was deported to an isolated Hungarian village. At the time of the 1956 uprising the Sandorfi family fled the country and became expatriates, first in Germany, then in France. Greatly affected by the violence of the revolution and by the aberration of political systems in general, Istvan took refuge in drawing, and then, at the age of 12, in oil painting.

Art became his overriding passion to the detriment of his schooling. At the age of 17, while still in secondary school, Sandorfi had his first individual exhibition at a small gallery in Paris. After his second exhibition, in 1966, he gave up drawing to devote himself exclusively to painting.

In view of the morbid nature of his son’s paintings and their lack of commercial success, Sandorfi’s father enrolled Istvan at the School of Fine Arts, where he was to gain a degree, and at the School of Decorative Arts.

This, the family thought, would give him a more prestigious status than that of mere “artist”. Gradually he achieved financial independence by accepting, along with the occasional sale of paintings, portrait commissions and few advertising illustrations. In 1973 Sandorfi had his first significant exhibition, at the Museum of Modern Art in Paris. Exhibitions were to follow in France, Germany, Belgium and finally the United States.

For about fifteen years he painted a series of large-scale self-portraits, aggressive and theatrical in character, which gave him an ambiguous reputation with dealers and the public. It was written that he ‘painted like an assassin’. His paintings began to know real success only from 1988 onwards, when the artist abandoned his disturbing images and began to concentrate and further elaborate on his technique, which is still evolving.

Preferring exclusive contracts, less for financial reasons than to avoid the administrative aspects of his career and a professional milieu with which he couldn’t identify, Sandorfi worked with the Beaubourg Gallery from 1974 to 1976, and then for seven years with the Isy Brachot Gallery. From 1984 to 1988 his work was exhibited in various galleries by an interesting patron and collector and then handled by the Prazan-Fitoussi Gallery from 1990 to 1993.

From 1994 to 2001, his paintings have been exclusively represented by the Jane Kahan Gallery in New York. Visceral and self-taught in work as in life, Sandorfi has since childhood distrusted ‘things learned’ and has remained true to his personal convictions. He prefers to paint at night, but each day goes to bed later than the day before, thus living in a perpetual time lag, which sidelines him from any social life. Sandorfi reconciles this isolation with his family circle (he is the father of two girls, Ange and Eve) and his emotional life, thereby maintaining a delicate and studied balance between his life and his work.