These works are designed to connect humans and animals through the projections of human emotions which the former places on the latter. One piece called Novecento (1997) involving a horse named Tiramisu, once a racehorse, alludes to a sense of hopelessness and resignation. The horse hangs by a harness at its center from the ceiling with a drooping posture, head hanging below its torso, and dangling limbs. Another popular work utilizing taxidermy and anthropomorphic features is Bidibidobidiboo (1996), a miniature depiction of a taxidermied squirrel slumped over its kitchen table, a revolver at its feet. The sort of human failure conveyed through these animals is a common theme across many of Cattelan’s pieces.al explanations. 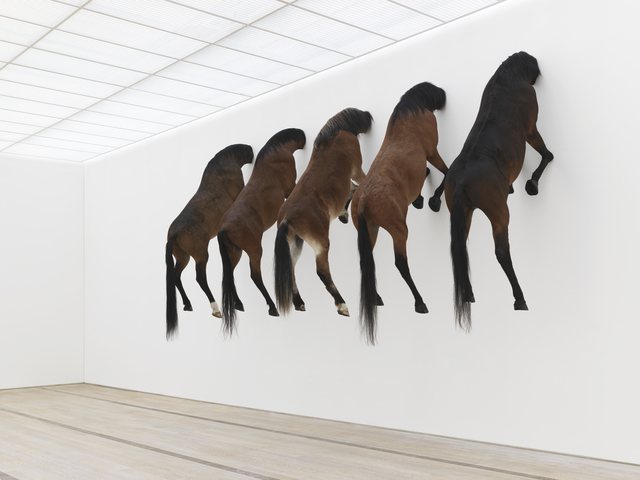