When he was 18 he moved to Milan (Italy), where he started his Fine Art studies, then he went to study in Falmouth (UK), Dundee (UK) and Madrid (Spain). In 2008 he moved to London (UK), where he now lives and works. He has a degree in Fine Arts from the Universidad Complutense of Madrid (Spain, 2007), and a degree in Illustration and Printmaking from the University of Dundee (UK, 2001).

He paints both from life and from photos, according to the complexity of the composition. His works from photos are careful combinations of a number of different reference photographs that he has taken to models, objects and spaces in different times and places. He paints often on large formats with the freshness and sensuality of a very personal wet on wet technique. 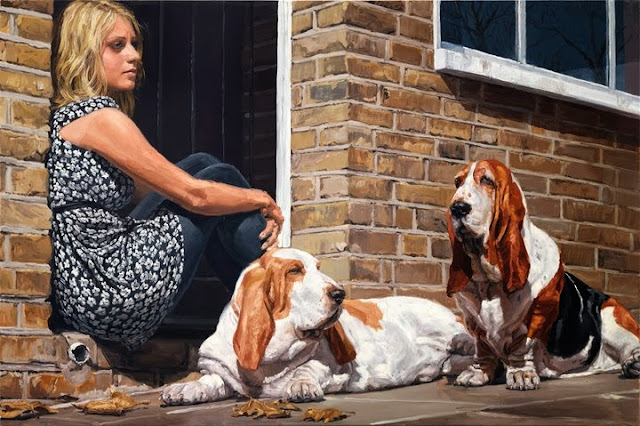