Patrick Gonzales is a visual and Surrealist Digital artist born in Miggenes, France.

Patrick Gonzales is the habitat to the 50-year-old artist who presents us with a unique blend of personal dream fragments, childhood memories, and fantasy that has been exhibited internationally. The result is undoubtedly a series of great conversation pieces – even if the intention was never that of being talked about, but simply that of expressing a personal vision.
The artist began quite early in life as a painter. At the age of fifteen he honed the art of concentrated research. Simply, he replicated works of great masters for the sheer hell of it. You see, it never hurts your artistic development to uncover what exactly others have done – on the contrary you learn a lot that pays off later; and Gonzales must have known that instinctively. In parallel he developed his own art. Since then, Patrick Gonzales’ has constantly evolved and not least in photography.
In 1998 he began to work more digitally, and today he is most comfortable referring to his art as a mixture of photography and digital painting. Whether it is the lush spectrum of dark greys in his black and white works or the balanced compositions in full colour, the syncretic mix of media and references that point forwards and back in time is highly memorable. Intellectual capital When you wade through much art, there are more and more objects which you will find to be similar. It is not a bad thing per se. But you soon establish genres and trends through your art lenses.
In 1912 Kandinsky perhaps put it most aptly, when he said: “Every work of art is the child of its time”. However, without seeing it through those goggles, Gonzales’ unique output appears to defy both the temporal and fashionable. It is profoundly individual.
At an intellectual level, he subscribes to the oft-quoted ideas of Andrea Breton, which in turn have lead many artist in a semi- of fully surreal direction.
Response to a blatant provocation Patrick Gonzales is less concerned with the stylistics and much more focussed on the contents of his work, and insist that we should do the same. Still we could not help playing the devil’s advocate. We asked him if he was concerned that art critics and curators think the surreal should go in and out of fashion like underwear. He dryly replied that he was not the least bothered. Anders Dyhr | © Saatchi Art 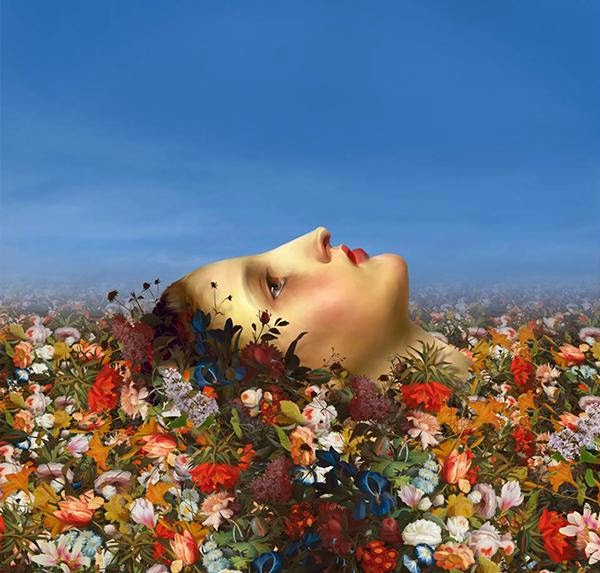