to the will and imagination. Elements such as Earth and Water overlap, while the turn of a phrase creates its own alter reality. Phillip Singer has been a working artist since 1989 when he graduated from The School of Visual Arts in New York city.

His first love was illustration. However, a desire to create his own paintings overtook his illustration career. All of those experiences contributed to the growth of his painting and helped shape his own version of realism.  Currently his work combines illustration influences with his newly found appreciation for the painters of the 18th century and a strong affection for surrealism. 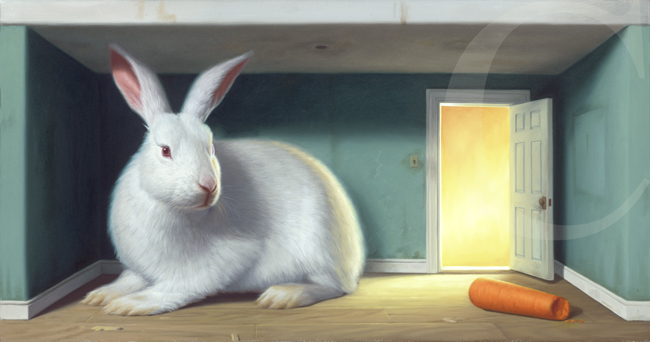 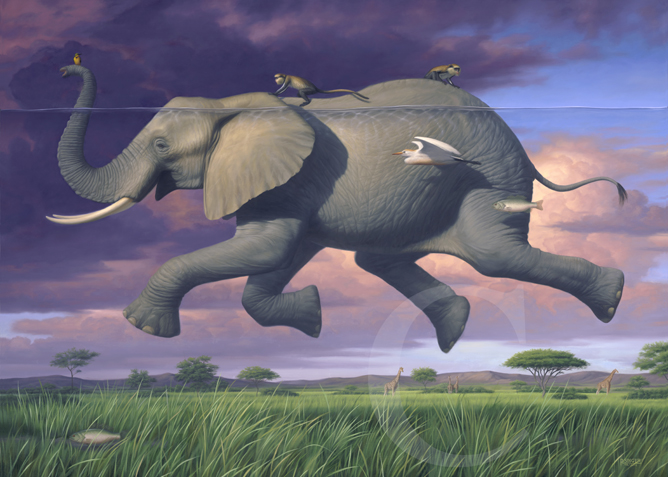 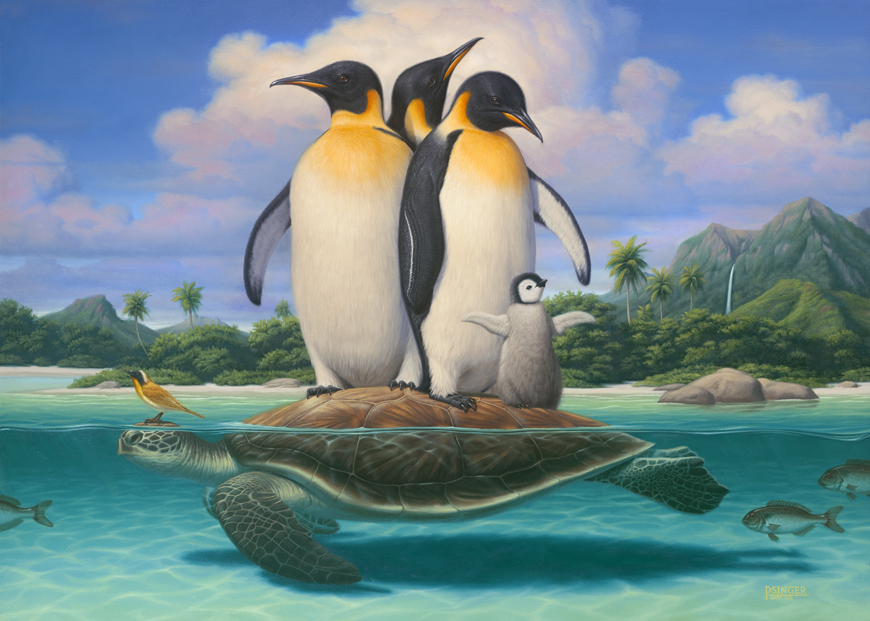