Pier Augusto Breccia has been living in Rome Since 1948 , where he has pursued the full curriculum of studies.

In his adolescence, his surgical “predestination” was in a certain way in contrast to his particular inclination toward the humanistic world.  During his 14th and 15th years, fascinated by Dante, he studied with passion, by himself, the Divine Comedy, learning to appreciate the artistic, universal contents beyond the allegoric representations.
In 1977 Pier Augusto Breccia discovered, in a most casual way, his capacity for design which he never knew or thought he possessed.Fascinated by his instantaneous skill, he practiced drawing for about two years, copying a little bit of everything. Then, suddenly, overbearingly and dramatically, in 1979, the humanistic vocation of youth, matured by the human experience of almost 20 years of medical surgical life, re-emerged under the crust and broke open. In two years, he prepared his “opera prima” Oltreomega (Beyond Omega) presented in October 1981 by the famous italian critic and poet Cesare Vivaldi (Director of the Fine Art Academy of Rome). The work was received with extraordinary acclaim by the critic and by the public.

So far Breccia held around 60 one–man–shows, produced 1150 works and about 700 of his works have been purchased by Collectors all over the world.

Because of his very personal style and his original philosophy, he is actually considered and recognized as the “father” of “Hermeneutic Painting”. 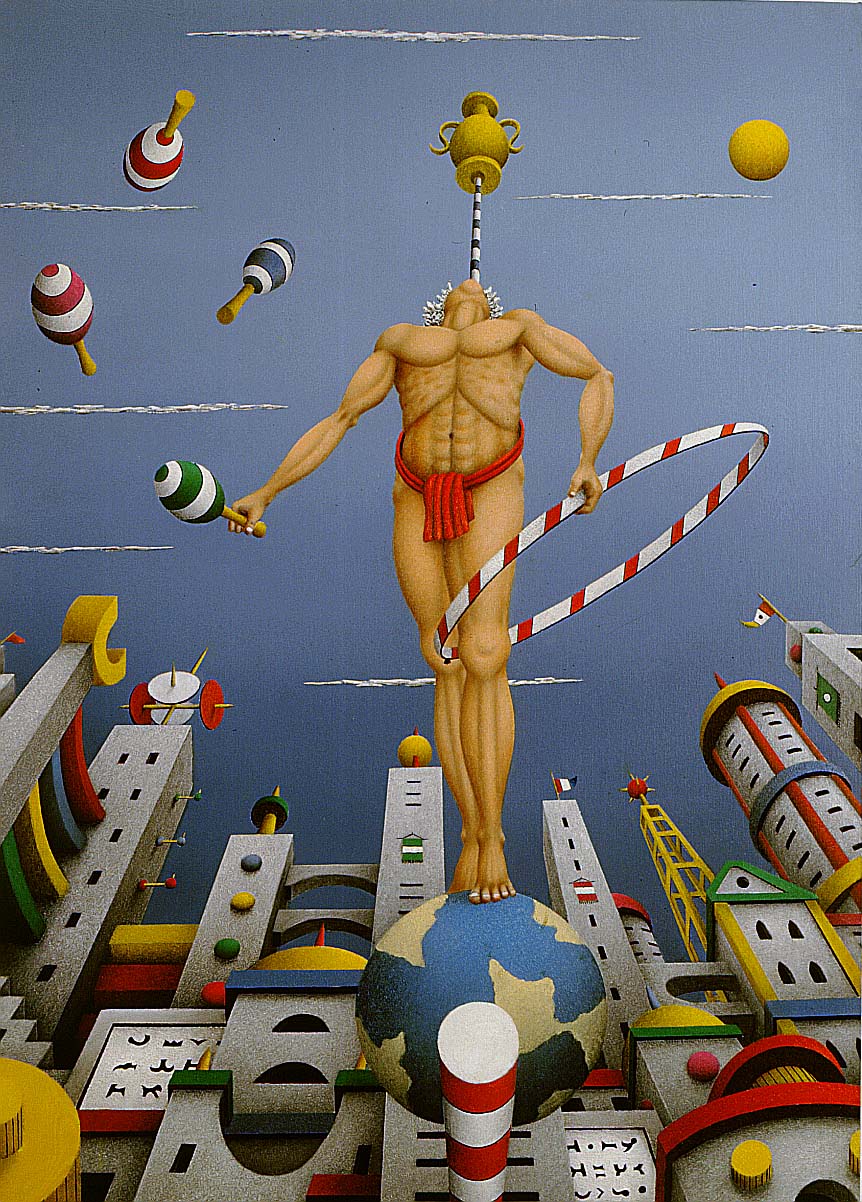