Rebecca Guay is an artist known early in her career as an illustrator.

Rebecca Guay began her art career in 1992, after graduating from the Pratt Institute in New York City with a degree in illustration. She is best known for her painted graphic novels and DC comics, and her illustrations for the very popular game Magic: The Gathering. 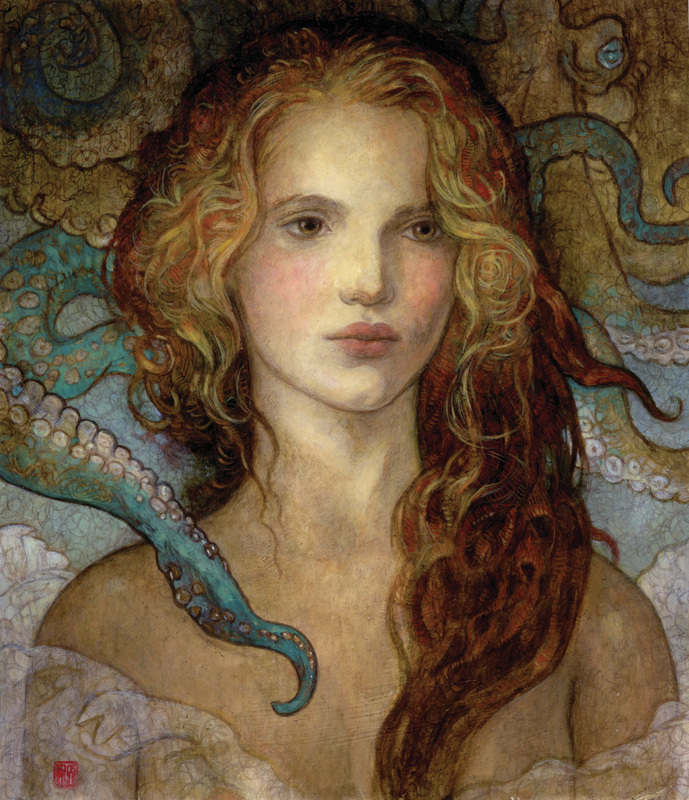 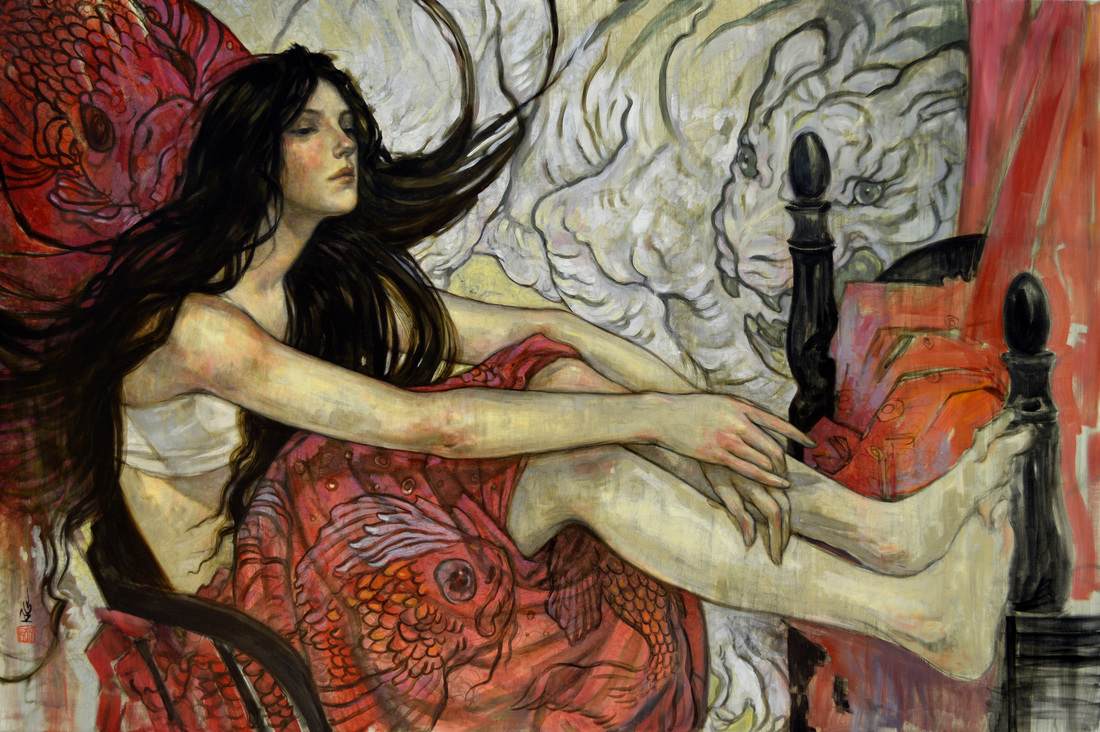 After the completion of her last two painted graphic novels in 2011, she began focusing primarily on large scale gallery work done in oil. Her gallery work focuses on the figure with the goal being a strong emotional connection to the audience. She opened her first solo exhibition in September 2013 at the R.Michelson Gallery. Subsequently, her pieces have been shown and acquired by private collectors and several museums including the Eric Carle Museum of Picture Book Art and the Museum of American Illustration at the Society of Illustrators in NYC.  Via :https://en.wikipedia.org/wiki/Rebecca_Guay 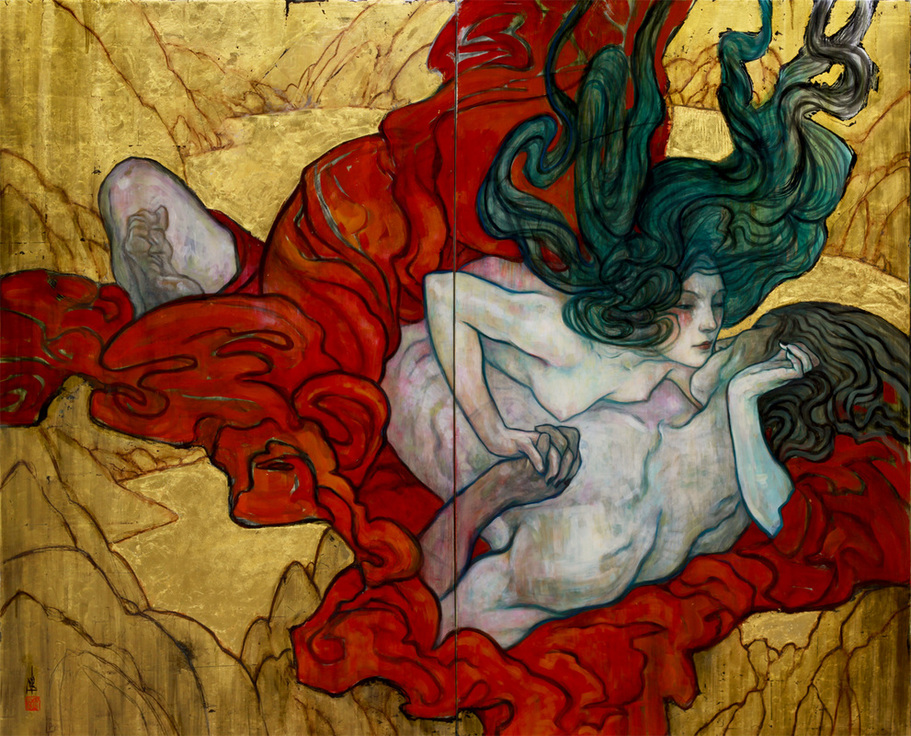